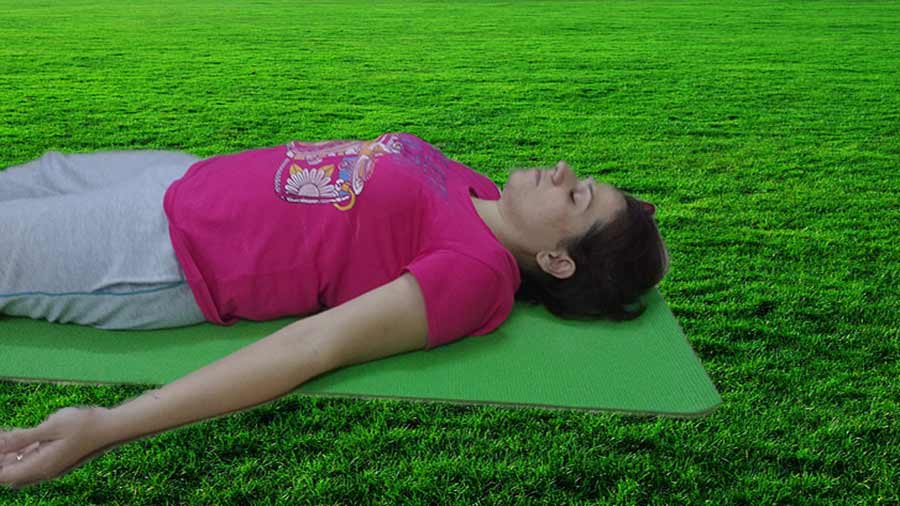 I have selected 7 top amazing benefits of Yoga Nidra here. The technique of Yoga Nidra has been given to the world in a scientific manner by Swami Satyananda Saraswati and is the best way to get relief from physical, mental and emotional stress. It is an efficient and effective form to induce psychic and physiological rest. Through the practice of Yoga Nidra, we are not only relaxing but restructuring and reforming our whole personality from within.

What Is Yoga Nidra

Yoga Nidra is one of the practices of pratyahara. Pratyahara is the withdrawal of senses from the external world. It is that state of mind where mental awareness is dissociated from the sensory channels. During the practice of Yoga Nidra, the body of a practitioner sleeps but his or her consciousness is functioning at a deeper level of awareness. If the consciousness can be separated from external awareness and sleep, it becomes very powerful and can be applied to develop the memory, increase knowledge or creativity or even to transform one’s nature.

The practice of Yoga Nidra is divided into the following steps

For detail of each step, please read –

The practice of Yoga Nidra has a number of benefits. I have selected 7 top benefits among them –

Training Of The Mind

Release Of The Stress

Muscular Stress or Physical Stress is the result of nervous and endocrinal imbalances which manifests in the form of stiffness in the physical body. In the practice of Yoga Nidra, the body is progressively relaxed by rotating the awareness on different parts of the body, which in turn releases the accumulated muscular stress. The physical relaxation is taken to a higher level in the Yoga Nidra by withdrawing the awareness of the practitioner to the breath and making him remain aware of it. The awareness of the breath promotes muscular relaxation and awakens higher energies which are further directed to every cell of the body.

Excessive activity of the mind due to the workload and competition results in mental stress.  In the practice of Yoga Nidra, the step of Visualization induces relaxation on the mental plane. The practitioner visualizes the images described by the instructor. These images have a universal significance and powerful association and help to bring the hidden contents of the deep unconscious mind into the conscious mind. The mind is purged of disturbing and painful material and is relaxed.

Studies have further revealed that the practice of Yoga Nidra brings alpha dominance in the brain, which is characterized by mental relaxation.

Yoga Nidra Clears Up The Unconscious

Creativity is a characteristic of a relaxed and calm mind. During the practice of Yoga Nidra, when the mind is totally relaxed, the awareness enters the deeper levels of the subconscious and unconscious mind and the person becomes aware of the creative and intuitive faculties. Regular practice of Yoga Nidra helps in making a bridge between the conscious mind and deeper realms of mind. One thus becomes tuned with the unconscious workings and then the power of creativity automatically awakens.

The practice of Yoga Nidra involves the whole mind in learning. During Yoga Nidra, both hemispheres of the student’s brain are involved in learning the subject. The technique is thus helpful in enhancing learning and increasing memory capacity. The technique of Yoga Nidra can also be used as an educational tool for dull children, where the knowledge is transmitted directly into their subconscious mind. School teachers in different countries have used Yoga Nidra to augment the capacities of receptivity and attention in their students.

The technique of Yoga Nidra has all three preventive, promotive and curative values. It prevents stress and stress-related disorders, it trains the mind to remain calm and quiet, and root out the repressed desires and thoughts from the deeper realms of the mind. It also awakens the inherent creativity and promotes the learning and memory abilities of the practitioner.