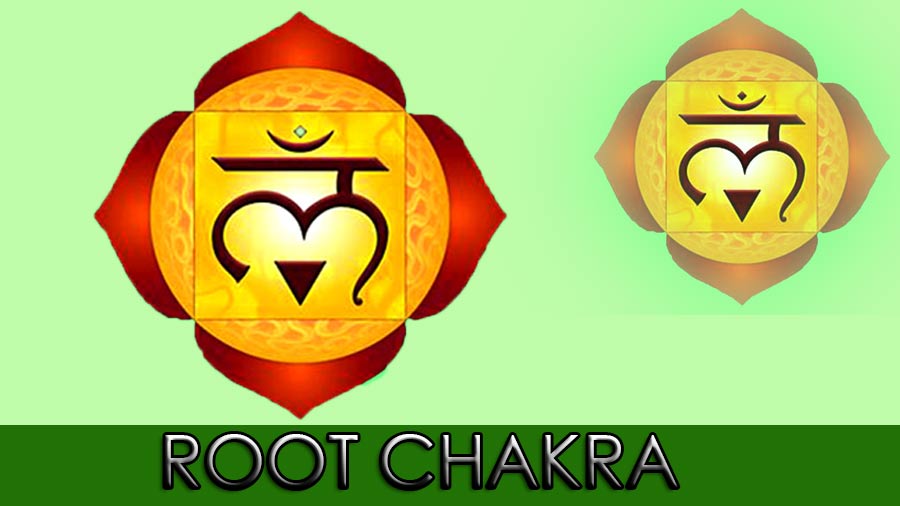 ‘Chakra’ is a Sanskrit word which means ‘wheel’ or a ‘circle’, but in the Yogic context, it can be referred to as ‘Vortex’ or ‘Whirlpool’. Chakras are spinning vortexes of pranic energy, located at specific areas in the body, and which control the circulation of Prana permeating the entire body. On a physical level, each Chakra is associated with a major nerve plexus and an endocrine gland in the body.

There are seven major chakras or the psychic centers and each center relates to a corresponding specific area of the brain. In most people, these Chakras lie dormant and inactive. In Yoga, there are certain practices designed to stimulate the awakening of each Chakra, which further aid in the awakening of a higher consciousness. The first of these to be awakened is Root Chakra or Muladhara Chakra.

Root Chakra is situated at the base or root of the perineum, between the scrotum and the anus, in a male body. In a female body, Root (Muladhara) chakra is situated near the cervix, on the posterior side. It is the first and lowest of the human Chakras.

Muladhara is made up of Sanskrit words: “Mul”, which means “root” and “Adhara”, which means base or support. It is the spiritual energy center which sits at the root of our spine and as such it is known as the Root Chakra also. Root Chakra is associated with the sense of smell and anus.

Root Chakra is symbolized by a deep red lotus with four petals. In the center of it is a yellow square, which is the ‘Yantra’ of the earth element. In the center of the square is a red triangle with its apex pointing downwards. The red triangle symbolizes ‘Shakti’ or creative energy, movement, awakening, and development. Within the triangle is a smoky colored ‘Swayambhu Linga’ which symbolizes the astral body. A red serpent, representing dormant Kundalini, is coiled three and a half times around the ‘Swayambhu Linga’. Muladhara Chakra is the seat of this primal energy – Kundalini Shakti. Kundalini Shakti is the source of all energy in the humankind and the universe. The red triangle is supported by an elephant with seven trunks.

Given below are the traditional root chakra stones. The Root Chakra can be activated, realigned and healed by simply wearing or holding these stones.

Red Jasper – This red colored stone can be used for balancing Root Chakra. Use Red Jasper if you face erratic mood swings.

Obsidian – Obsidian is a black gemstone and you can use it for your safety and security.

Red Carnelian – Red Carnelian is a pale red stone with orange hues. You can use this stone if you feel insecure, fearful and are struggling to come out of your comfort zone.

Smoky Quartz and Hematite are also used for the healing of Root Chakra.

“I direct all my energies to root chakra cleansing”.

“Wherever I go, I will be safe and secure.”

“I feel my root chakra opening and myself stabilizing.”

“I will cleanse my root chakra”

Hereunder three yoga practices have been given to awaken the Root (Muladhara) Chakra, which are simple and easy to perform.

Mula Bandha requires an ability to contract and relax the perineal muscles.

3.Manduki Mudra (Gestures Of The Frog) 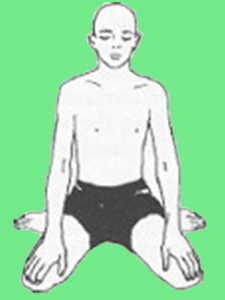 Your mind will now be introverted, disconnected from the external world.

People with any eyes’ ailment are not advised to practice Manduki Mudra.

There are several yogic practices prescribed for activating the Root (Muladhara) Chakra. It is always advisable that you practice these yogic kriyas under the guidance of an expert Yoga Master.  All practices should be taken slowly and systematically. Eventually, an awakening of the root chakra will take place which will further lead to enlightenment.