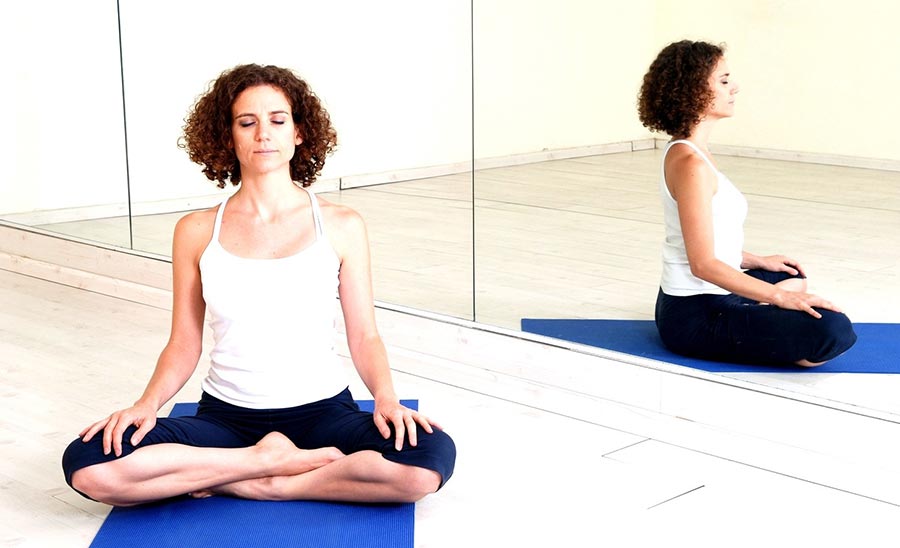 Siddhasana – सिद्धासन (Siddhasana In Hindi) is also called ‘Accomplished Pose’ as in Sanskrit, the word SIDDHA means ‘Power’ or ‘accomplished’ and the word ASANA means a ‘pose’. From the word ‘Siddha’ is derived the word Siddhi, and it refers to psychic powers developed through yogic practices. In Yoga, Siddhasana is said to helps practitioner develop these psychic powers, and hence the name Siddhasana.  Hatha Yoga Pradeepika has categorized Siddhasana as one of the most powerful sitting Yoga poses suited for meditation. Some also call it a perfect pose.

People suffering from sciatica or sacral infections should not practice Siddhasana.

Siddhasana And The Heart

Swami Satyanand Saraswati, in his tireless effort to peel of deeper layers of Yoga, met an eminent doctor who is a great authority on transplanting the heart, Dr. Christian Barnard from South Africa. While talking about the yoga postures, the Doctor said, that ‘if yoga postures are done correctly, you don’t have to worry about the heart attack at all.’ When Swami Ji asked him what was the basis of his statement, he replied that ‘In the male body, testosterone are produced, and these hormones attack the heart.’

If testosterone attacks the heart, how do we control them so that they are not produced in excess? In the male body, testosterone are produced, and these hormones attack the heart. Testosterone is the hormone secreted by the testes. In Siddhasana, the right heel is placed beneath the scrotum which presses Mooladhara Chakra, and the left heel over the genital organ presses the trigger point of Swadhisthana. These two psycho-muscular locks redirect sexual nervous impulses back up the spinal cord to the brain, establishing control over the testosterone. Swami ji, in his article. has further written that If the practice of Siddhasana is done regularly, say half an hour every day, it will give a complete control over the secretion of testosterone, a primary cause of heart attack.

Siddhasana and the blood pressure

If a Sadhaka (practitioner) gets mastery over this Yogasana, he will acquire many Siddhis (powers). This accomplished Yoga pose was practiced by many Siddhas (perfect Yogins) of yore. As a result, they did possess the Siddhis which they used for the upliftment and betterment of society.

How To Do Dhanurasana (Bow Pose) In Yoga

Know About Six Major Obstacles In The Progress Of Hatha Yoga