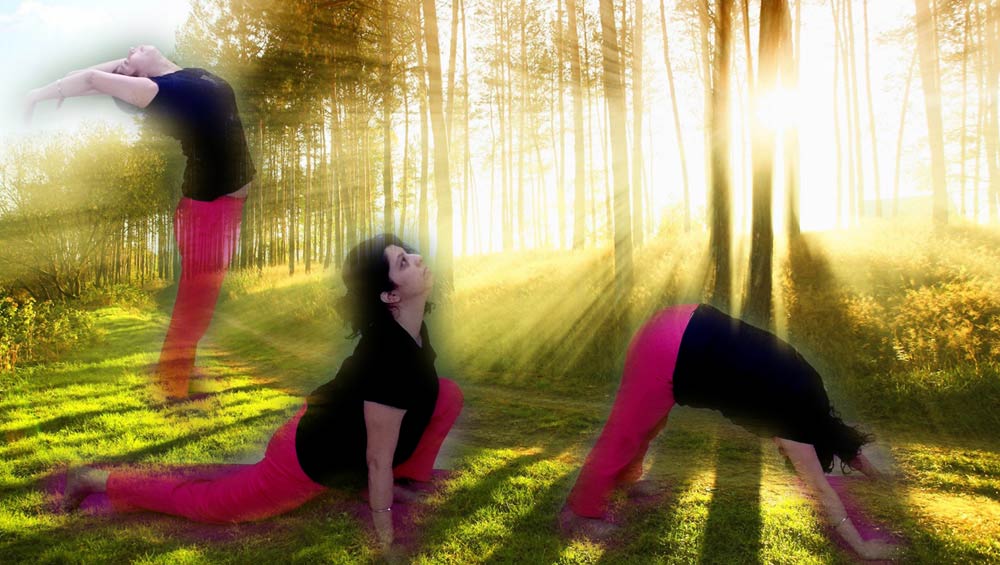 Surya Namaskar (सूर्य नमस्कार – Surya Namaskar in Hindi) is also called Sun Salutation, as in Sanskrit, the name ‘Surya’ means the sun and ‘namaskar’ means ‘salutations’. Surya Namaskar is said to be a complete sadhana as it is a spiritual practice in itself and includes asanas, pranayama, mantra and meditation technique. Surya Namaskar series is good for weight loss and it even helps contain blood sugar levels. Its regular practice regulates Surya Nadi, whether it is underactive or overactive.  This, in turn, leads to a balanced energy system at both mental and physical levels.

Although there are 12 poses of Surya Namaskar, yoga positions 8 to 12 repeat the first five yoga asanas in reverse order. From ancient times to the day today, the sun is worshipped by Hindus in different ways. In yoga, the sun is represented by the ‘Pingala’ or Surya Nadi, which is the right nostril and carries the vital energy called ‘Prana’.

The ideal time to practice Surya Namaskar yoga exercise is at sunrise. And the best results will be achieved when the practice is done facing the rising sun. However, the Surya Namaskar can be practiced at any time of the day provided the stomach is empty. 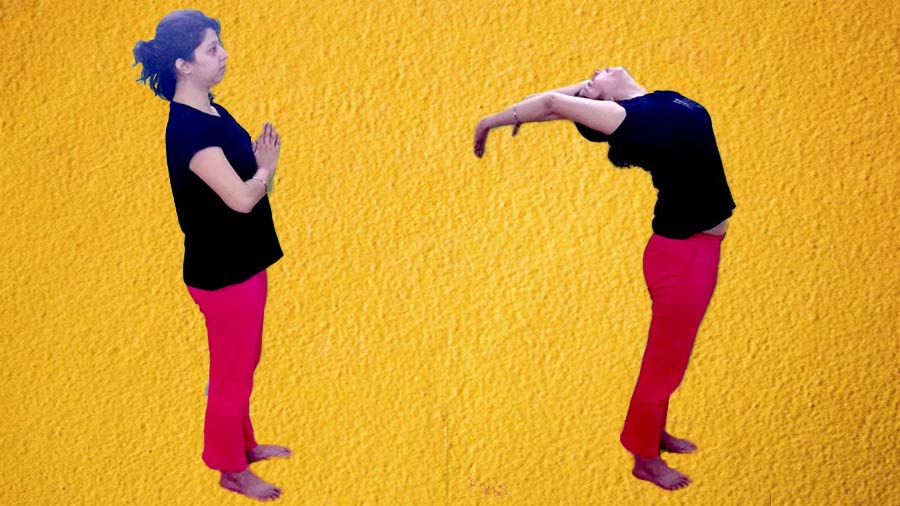 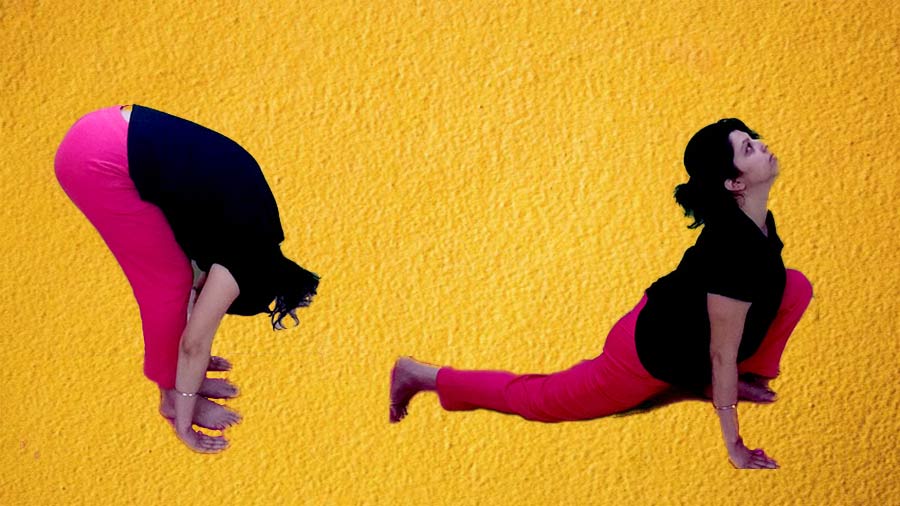 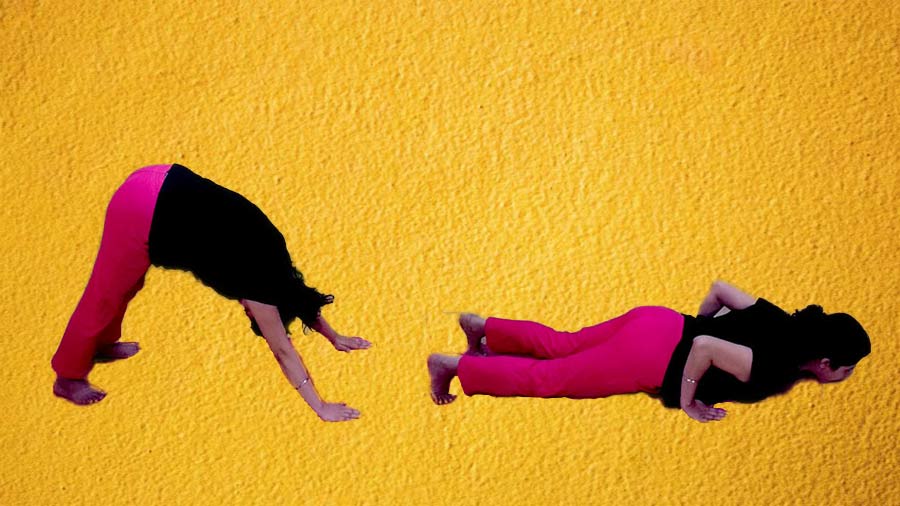 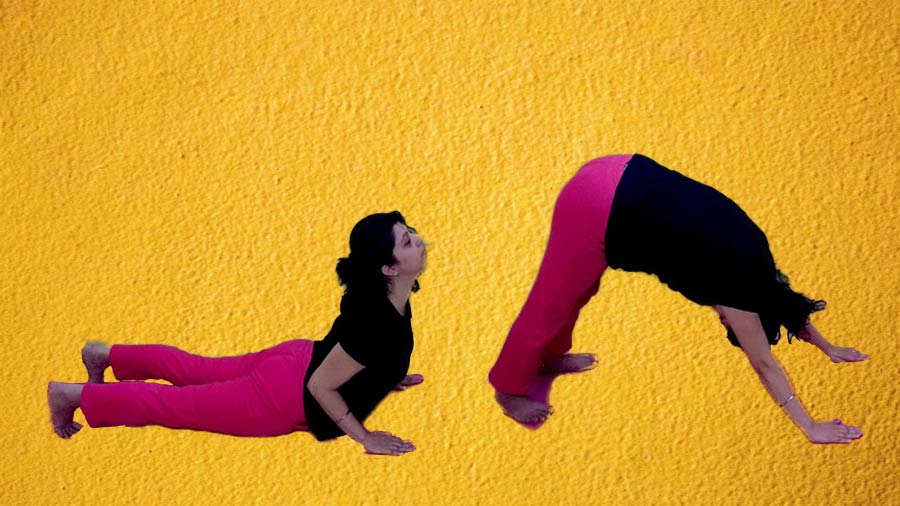 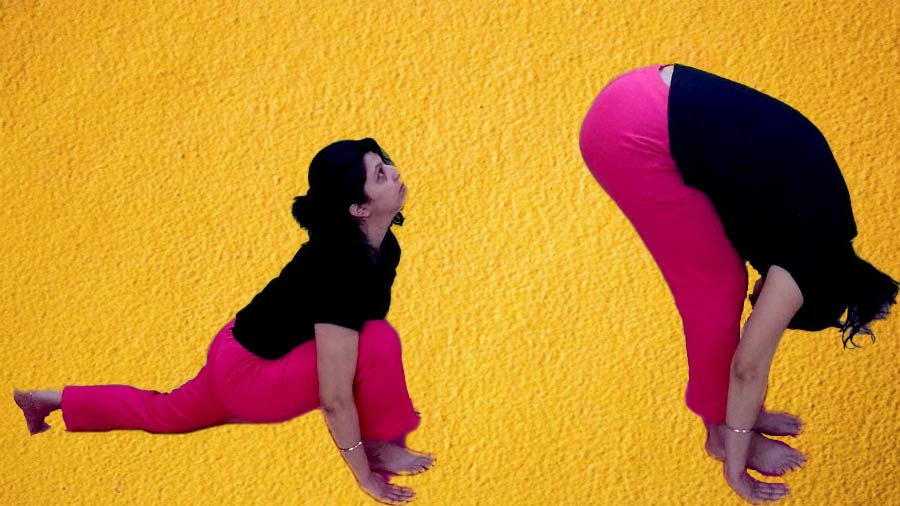 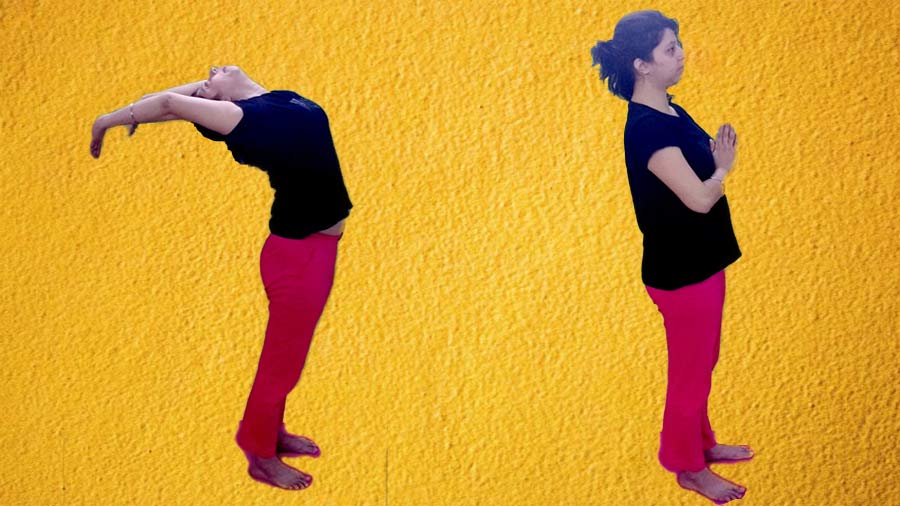 This completes one round of Surya Namaskar Yoga. Beginners should start with 2 to 3 rounds and slowly reach up to 3 to 12 rounds in total, depending upon the individual capacities.

Lie down in Savasana and allow the breath and blood circulation to return to normal for further Yoga exercises.

Swami Satyananda Saraswati – A Pioneer In The Field Of Yoga