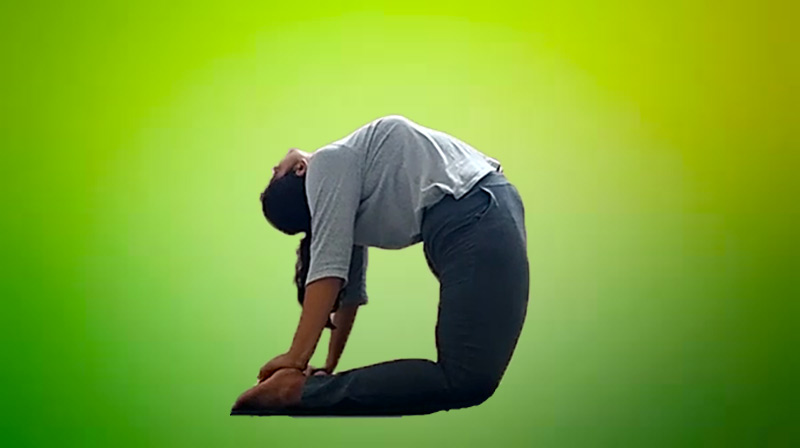 One of the top backward bending Yoga Poses, Ustrasana derives its name from the word ‘Ustra’ which means Camel, and ‘asana’ which means posture.  The final pose of this Yoga asana resembles a camel. And so is the name Ustrasana. To keep the mind sharp, to sharpen and enhance the memory power, this Yoga asana is most recommended. The practice of Ustrasana strengthens the nervous system, improves digestion, makes the lungs healthier, and boosts self-confidence. It also adds flexibility and strength to the body. The asana can be recommended as Yoga for children and yoga for back pain.

People with High Blood Pressure, Vertigo, and severe back ailment such as Lumbago should either avoid this asana or do it under the guidance of a competent Yoga Teacher.

Backward bending asanas stimulate and rejuvenate the nervous system. When practiced slowly and with a rhythm, backward bend Yoga Poses like Ustrasana develops the strength to deal with the stress. This asana trains the mind to remain neutral and balanced under adverse and tough conditions.

Ustrasana is also best recommended for children when they enter the teenage as it is very good for their mind, memory power, and posture improvement, boosting their self-confidence.