What Is Hatha Yoga, What Are Its Constituents & What Is Purpose Of Hatha Yoga 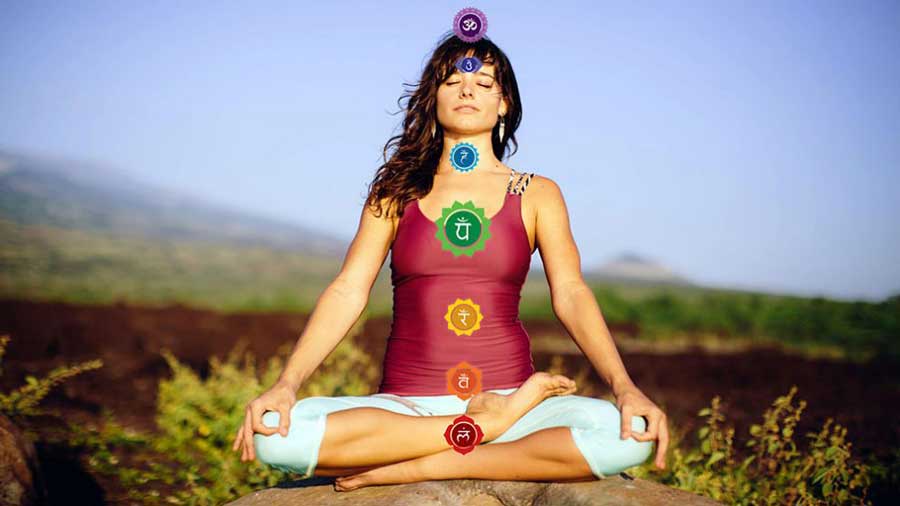 What is Hatha Yoga and what is its purpose

Hatha yoga is viewed as that Yoga which involves strange activities like standing on one leg for several days under abnormal conditions like the scorching heat of Sun or like sleeping on the bed of thorns etc. But Hatha Yoga has nothing to do with such astonishing feats.

The Purpose Of Hatha Yoga

Hatha yoga aims to bring balance between the two principal forms of energy in the physical body. Hatha is made up of two words viz; ‘Ha’ and ‘Tha’.  The two energies comprise lunar energy, represented here by the syllable ‘Ha’, and solar energy represented by the syllable ‘Tha’. ‘Tha’ i.e. the lunar energy corresponds to the mental functions of a man whereas ‘Ha’, the solar energy encompasses movement, locomotion and pranic functions of a man. The processes of breathing, digestion, and circulation are all in the domain of solar energy. The solar energy is associated with the sympathetic nervous system and the lunar energy with the parasympathetic nervous system. These two flows control the vitality and energy of the body, mind, emotions, and spirit. Harmonizing of these two forces to attain physical, mental, emotional, psychological and spiritual health is the purpose of Hatha Yoga.

Shatkarmas are the six purification practices whose purpose is to purify and detoxify the body and its internal systems. Imbalances in the body, which are due to irregular lifestyle, including irregularity in eating habits, are overcome with the detoxification of the body. The internal systems of the body are also regulated. The Shatkarmas play a great role to balance the three ‘doshas’ or in the body: ‘kapha’, the mucous; ‘pitta’, the bile; and ‘vata’, the wind. Both Ayurveda and Hatha Yoga says that imbalance in the above stated three doshas results in illness.

Once the above three practices have helped remove the toxins from the desired places, the body becomes light and gains energy and also good health.

The Asanas, which are a part of Hatha Yoga, are not merely the physical exercises as is a general perception. They have been designed by Yogis to give a mild stimulus to the chakras so that when the awakening takes place, one will not be startled. Sarvangasana stimulates Vishuddhi chakra, Bhujangasana the Manipura chakra, the practice of Sirshasana stimulates Sahasrara, and so on.

The Asana means the static posture of the body and not the dynamic movement. Asana is that position or condition of the body which regulates and bring the balance in the various functions of the internal organs. Thus the practice of asana eradicates the illness which may be due to an imbalance in the lifestyle. In Hatha Yoga, the aim of asanas is to bring a balance between two very important Nadis viz Ida and Pingala.

Yoga is for good physical, mental, emotional and spiritual health and regular practice of asanas is an important part of it. Asanas control the emotions, produce mental peace and distribute pranas evenly throughout the body. Asanas help to maintain the healthy functioning of the internal organs by massaging them and removing toxins and stagnant blood from them. Asanas provide proper stretch to muscles of the body. They play an important role in awakening the energy centers of the body called Chakras. The Asana means the static posture of the body and not the dynamic movement. Asana is that position or condition of the body which regulates and bring the balance in the various functions of the internal organs. Thus the practice of asana eradicates the illness that which may be due to an imbalance in the lifestyle.

Pranayamas, the third wing of Hatha Yoga are not just the deep breathing exercises. The practice of pranayama helps in the release of ions from oxygen by a process of separation. In Nadi Shodhana pranayama, a concentration of these ions occurs around Ida and Pingala Nadis. The intensity increases according to the number of rounds practiced. With the continued practice of it over a long period of time, this concentration is harmonized and Sushumna awakens.

The third practice of Hatha Yoga is Pranayama. The practices of pranayama are not merely the deep breathing exercises for increasing the supply of oxygen into the body. Oxygen alone is not the pranic force but it is the ions which are released from oxygen after a process of separation induced by the practices of pranayama. It is practiced to increase the vitality of the body.

Mudras, (4th step of Hatha Yoga) in simple, can be described as psychic, emotional, devotional and aesthetic gestures or attitude. These are subtle physical movements which help practitioner achieve higher concentration and awareness. In the distal body parts, like the fingers, the top of the head, or the feet, the energy keep on dissipating. With the help of Mudras, the dissipation of energy is arrested and the energy re-enters the body again. The energy is reabsorbed and preserved, which earlier was wasted. Once the dissipation of energy is arrested through the practice of Mudras, the mind becomes introverted and a state of Pratyahara is achieved. The Mudras have been classified into five groups:

Hand Mudras are basically meditative mudras. They redirect the pranas emitted by the fingertips back into the body. They create a loop in which the energy moves from the brain down to the hand and then back to the brain. Such flow of energy and a constant awareness of this flow ultimately leads to internalization. This Mudras of this category are:

Head Mudras utilizes eyes, ears, nose, tongue, and lips. These Mudras form an integral part of Kundalini Yoga and most of these techniques are meditation techniques on their own. These Mudras are:

Postural Mudras are concerned with physical postures clubbed with breathing and concentration. These involve:

(Bandhas) Lock Mudras are the combination of Bandha and Mudra. They form an integral part of Kundalini Yoga or Kriya Yoga and charge the system with Pranas. Mudras of this particular category are:

These Mudras redirect the Pranas from the lower centers in the body to the brain. Mudras which are concerned with sublimating sexual energy make a part of this group and these are:

It should be noted that Mudras are performed either in combination with the asana and pranayama or after them.

Bandhas, also called Locks, constitute the fifth component of Hatha Yoga and these Bandhas stimulate the awakening of various psychic centers. There are three types of Bandhas, viz:

There are a group of nerves in three different areas of the body which are called Kanda in terms of Yoga. One group of nerves is just near the rectum, another group is behind the navel and the third group is in the neck region. All the nerves of the body meet in the neck region and reach the brain. The nerves act as the carrier of the sensations between the brain and the senses and also between the brain and the mind.

Bandhas reverse the sensations. This reversal limits the energy flow to one place. In Jalandhar Bandha, the obstructions of sensations take place only in the neck region. Similarly, in Uddiyana Bandha, the obstruction is created in the abdominal region. In this manner, the energy is produced by locking the sensations in different parts of the body. The use of Bandhas first unites the energy by blocking it and then distribute the same energy when the Bandhas are released. The psychic centers are stimulated and regular practice of Bandhas will ultmately awaken them.

When the above mentioned five components of Hatha Yoga are perfected, the body, its physical structure, its energy system gets harmonized, reorganized and a balance is achieved which help one to move into the dimensions of mind and Raja Yoga begins.

Importance Of Yoga For Children

Best Asanas And Pranayama In Yoga For Obesity & Weight Loss