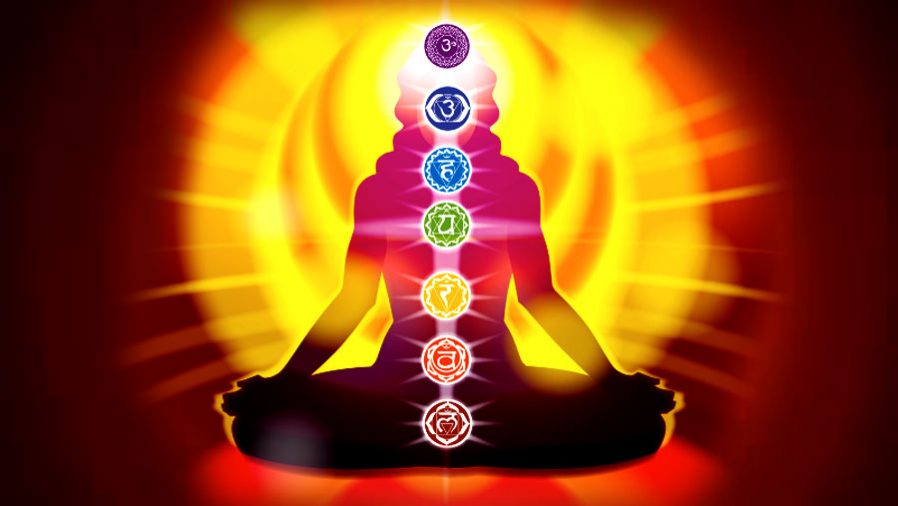 This simple beginner’s Chakra Meditation will develop an understanding of the chakras and how they affect life. It will help to get in touch with the energy centers, the spinning vortexes of pranic energy.

Chakra is a Sanskrit word which means ‘wheel’ or a ‘circle’, but in the Yogic context, it can be referred to as ‘Vortex’ or ‘Whirlpool’. Chakras are spinning vortexes of pranic energy, located at specific areas in the body, and which control the circulation of Prana permeating the entire body. On a physical level, each Chakra is associated with a major nerve plexus and an endocrine gland in the body.

What Are The 7 Chakras

There are seven major chakras or the psychic centers and each relates to a corresponding specific area of the brain. In most people, these Chakras lie dormant and inactive. Chakra Meditation stimulates the flow of energy through the Chakras and thus activates them. This in term awakens the dormant areas of the brain and the corresponding faculties of the psychic and mental bodies. One can thus get an access to and hence experience the deeper planes of consciousness.

The chakras are symbolized by lotus flowers, each having a particular number of petals and a characteristic colour. Within each Chakra is a ‘Yantra’, which comprise of the geometrical symbol of its associated element and its Bija Mantra. Within the ‘Yantra’ is a presiding deity along with the corresponding vehicle which is an animal form.

Each chakra has a Mantra of its own, written at the center of the flower. These mantras are primarily sounds. They are Sanskrit syllables, written in Devanagari script.

The sound belonging to different Chakras are as follows –

The chakras’ correct functioning result in a state of total emotional and physical well being. One gets a peaceful and quiet mind by achieving the optimum level of balance in Chakras.

– Meditation – Part 6 – What Are The Health Benefits Of Meditation